Musings from a trip to Japan (III) Kikai 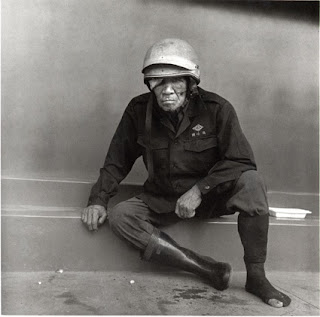 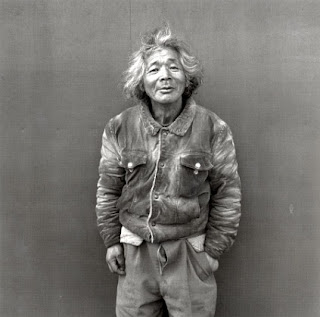 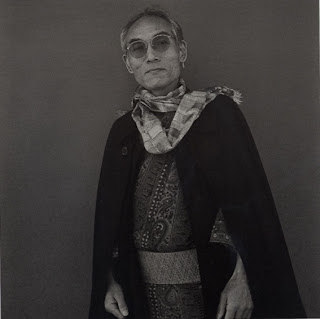 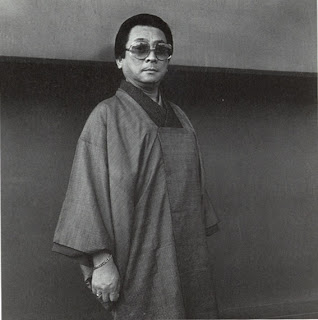 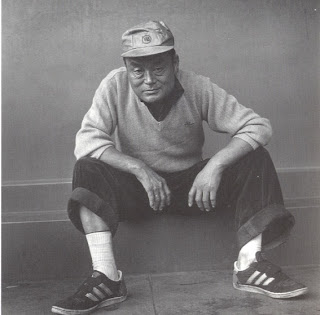 How important is it for an artist to stake out new visual territory? Arnold Schoenberg once said that there's a lot of great music left to be written in C major. I would transpose that quote to photography by saying that there are a lot of great portraits left to be taken in black and white.

I bow again to Christopher Phillips for introducing me to the work of Hiroh Kikai (for a really good Kikai overview, go to Wikipedia site - http://en.wikipedia.org/wiki/Hiroh_Kikai ). I was immediately drawn to the work, but I discounted it because it was presented in the nostalgic vernacular of silver/gelatin, black & white prints. I had this argument with myself throughout the Japan trip. I saw many Japanese "versions" of Aaron Siskind, William Klein, Harry Callahan, etc, etc. Certainly Mr. Kikai's work is in, at worst, a strong artistic legacy that starts with August Sander and stretches through Lisette Model to Diane Arbus. During my internal argument, I was reminded of a conversation I had years ago with a musician as we listened to the jazz violinist, Stuff Smith. Smith had maybe the most nasty sound and questionable technique you could imagine a violinist could have. He made the violin sound like a cross between a saxophone and a trombone. Yet, he was irresistible. After a few moments of listening she said, "It really has nothing to do with technique, does it? You can hear in an instant if someone is talking through their instrument or not". Clearly, Mr. Kikai is talking to us. (And please don't confuse my analogy with any hint that Mr. Kikai's work is less than technically wonderful. His silver/gelatin prints are luminous, tonally sophisticated objects that seduce even without their complex subjects). If these portraits share a vocabulary with earlier masters, it's still clear that Mr. Kikai's personal voice rings through loud and clear. There is inspiration from the past, but no slavish homage. The work communicates directly and honestly with a perspective that is purely from the artist.

I remember speaking with a curator from a major NYC museum photo department about what attracted her to this artist or that. She offered that one characteristic she often looked for was an obsessional approach to a certain subject or process. She felt that this single-mindedness frequently yielded high quality work. This is nowhere more true than the Asakusa portraits of Hiroh Kikai. He has been going to the same temple in the same district of Tokyo for the last 30 years photographing the denizens of this particular neighborhood. I would compare it to perhaps going to Washington Square park over a similar period. While the population is not at all homogeneous, there still is a distinctive stamp to who one might find there. The artist has created a typology that doesn't pretend to be taxonomic, scientific, or objective. He finds subjects that appeal to him, asks them if they are willing to pose, then takes just a few shots over the 5-15 minutes he has to capture the picture. The results, often in front of the same backdrop of the temple, communicate a delight in humanity in all of its diversity and perversity. Though the subjects have often seen better days, there is no condescension, pity, or cliché. We are presented with portraits of men and women who are just seen as an individual in front of the camera. We are not asked to judge and Mr. Kikai doesn't judge. They are who they are - fellow humans.

As I mentioned earlier, the prints themselves are gorgeous. Part of Mr. Kikai's apprenticeship was working in a commercial darkroom. Clearly he learned his craft well. The photographs have a tonal sophistication and subtle light that is mostly not captured in the book reproductions. (I understand that there is a Steidl book in the works that I have no doubt will be a stunner.)

Like some other photographers with a single-minded approach - Friedlander, Winogrand, Sander, Bechers - these photos work exceptionally well as a group. Each photo is a strong individual, but when seen as a community, their power is synergistic. I'm eager to see a large professional installation of these portraits. I can imagine that it would be unforgettable.

So I guess this has been a long, long way around saying that my internal argument has been resolved. I believe the portraits of Hiroh Kikai are an important, unique, and deeply personal body of work. Like a beautifully dressed woman, they catch one's attention. But once you look past the clothes to look into her eyes, it's very hard to look away.
Posted by Evan Mirapaul at 2:47 AM