A thought has been banging around in my head for a long time now. I've made notes about it so I could write a blog post though it never seemed to coalesce into a sentient form. But other writers seemed to be having similar thoughts, and reading them has pushed me to do some thinking aloud (or at least as "aloud" as a blog will allow). The thought has to do with originality. When is an idea original? What does plagiarism mean in an artistic context?  Where is the border between the collective unconscious and downright cribbing? This blog is certifiably NOT an original idea as I will show. Many others before me have ruminated, debated, and argued similar or identical points. Am I plagiarizing them? Well...


My first push to actually put this post online came from reading Jorg Colberg in his blog, Conscientious. Three years ago, he had written an essay called "When does similar become too similar?", which was followed by a recent update, "On Plagiarism and Similarities". He writes,

"And I think we might want to be a bit careful with the word plagiarism. Even though I realize that it has become very popular to throw around big words and accuse someone of this and that (stealing elections or files online are just obvious examples), proving plagiarism is actually a very tricky business, and given the severeness of the accusation, it does not hurt to be a bit careful. Also, if something is quite similar, that's not already plagiarism - especially if the methods are the same, but not the results. For example, compare the work of Idris Khan and Jason Salavon. Both have used digital superimpositions of images to create new work, with different subject matters. The methods are similar, the results and intentions aren't."

Idris Khan is a name that seems to come up often when I hear discussions about originality. His signature work involving multiple layers of superimposed images taken from a canon of visual information is neither a new idea nor newly presented. But he is by far the most celebrated and remunerated artist practicing the idea.  Doug Keyes work from the late 90s, Krzysztof Pruszkowski's work from the early 90s, and the previously mentioned Jason Salavon all easily predate Khan's work. 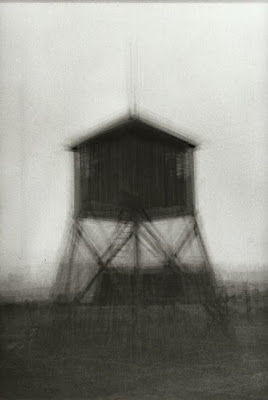 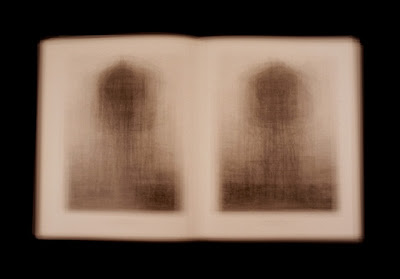 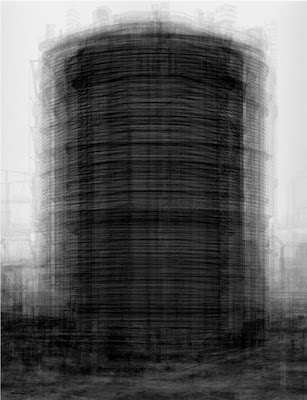 Idris Khan
I don't have an answer for the question of whether Khan's work is a rip-off of Keyes or whether Keyes work is a rip-off of Pruszkowski, and I certainly don't understand why Khan's work is valued at many multiples of the other two, but I do wonder whether it is even the right question. Art that bears more than a surface resemblance to other art is an old, old problem. If it weren't, we wouldn't need experts, authenticators, and appraisers in the way that we do. I remember the 1996 show at the Metropolitan Museum of Art called "Rembrandt/Not Rembrandt" which explored works by the master, his pupils, his imitators, and works previously thought to be by one or the other. The exhibit was posed as a question: who painted these works and why do we care? If a painting was thought for centuries to be a masterpiece, why would the attribution of the artist change our opinion? Of course, photography is a slightly different question. The mechanical nature of the medium blurs and even erases stylistic differences. Suddenly it is possible (not even on purpose!) to make a work startlingly similar to another without any knowledge of the previous work. In the past, imitators acknowledged a master or progenitor. Now, attribution is dubious, slippery, or arcane. And that doesn't even begin to ask the question of whether the "copyist" is aware of the work it's suggested he's copying. I call this Parallel development(PD).

My favorite example of PD is between Vik Muniz and French artist Phillipe Gronon. Mr. Muniz was working on his series "Verso" at exactly the same moment Mr. Gronon was working on his series "Versos". One was in Paris, the other was in New York and Brazil. Mr. Muniz' show opened on EXACTLY the same day in New York as Mr. Gronon's opened in Paris. There is no potential plagiarism here -- both artists were working at the same time in different places -- yet the works are strikingly similar. But despite the fact that they're remarkably alike seen as jpegs on a computer screen, in reality they are divergent works. One is a sculptural exploration and the other is a photographic exploration. But even if they were identical, we see that extremely similar work can be created independently of each other. 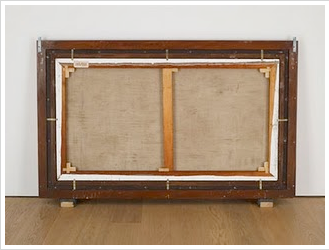 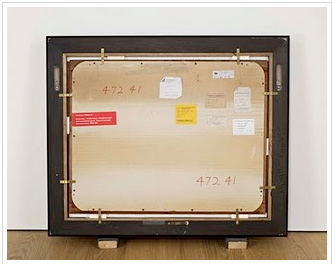 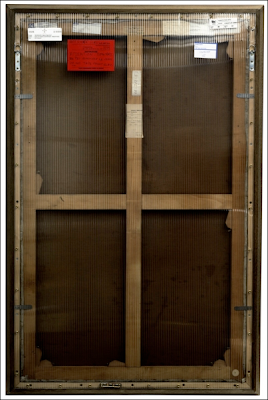 And many other PD examples exist. My second push to get going to write on this topic was in rereading "The Ongoing Moment" by Geoff Dyer. As Dyer brilliantly espouses in his book, photographers have always riffed on certain visual tropes: hats, beggars, signs, fences, blind people, benches, barbershops, hands, roads, and on and on (and this doesn't even begin to address the classic themes like landscape or nudes). Some of the pictures he references look alarmingly alike, others just share a common visual element. It strikes me as a continuing dialog more than replicated model. And yet another example from the PD idea: Tim Davis, Jorma Puranen, Yuji Ono, and Madeline Djerejian. All of these artists created a series that examined the effect of light on a painting when interpreted by a camera. None of these artists invented the idea. It goes back at least as far as Eliott Erwitt's famous photograph of a gallery in Venice from the 60s. Many of you will not have heard of Ms Djerejian. She told me she had worked on a series of photos of paintings in a museum. Just as she was about to show the work, Tim Davis' "Permanent Collection" series was unveiled at a major gallery. She shelved the completed project believing that she would never be able to counter the belief that she had "copied" the work of a more well-known artist. (I don't have reproductions of that series.) Are these works more similar or different? Would we interpret them identically were we to see them together? Does their context change by reading the artist statement?:

Jorma Puranen
Shadows, Reflections and All That Sort of Thing #40

Jorma Puranen
Shadows, Reflections and All That Sort of Thing #37 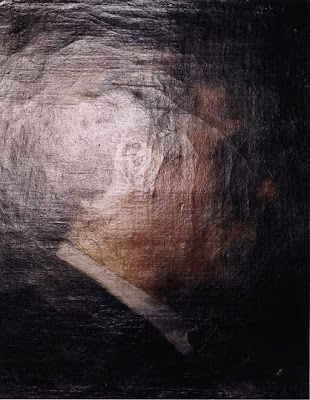 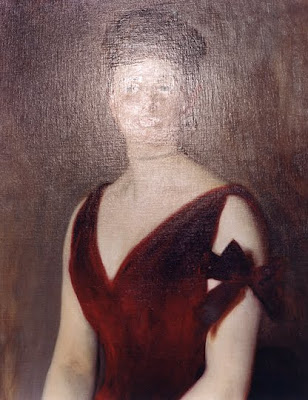 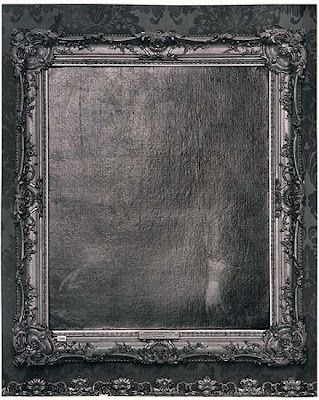 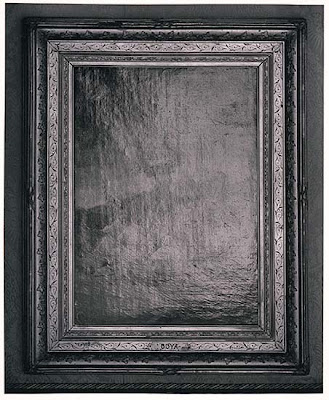 Or consider the architectural studies of Matthias Hoch, Frank van der Salm, Michael Wolf, and Ola Kolehmainen. I confess that, even though I know the work of each of these artists, I frequently confuse them when I see them in succession at art fairs. Does this negate or degrade each artist's work in any way? I used to think so, but now I'm not so sure. Does it matter which came first? Curators have told me that this is the primary question. So why do we see a museum choose Khan over Keyes? Lalla Essaydi is frequently chided for being "exactly like" Shirin Neshat. Aside from the fact that both artists use some form of Arabic text written across the photo, it seems to me that the art is fundamentally different; they only share a common visual trope. Or consider Silvio Wolf and ZHENG Nong. Mr. Wolf is clearly the more famous artist, and his work predates Mr. Zheng's. Does this automatically make the Chinese work a copy? 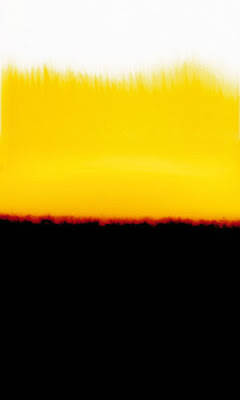 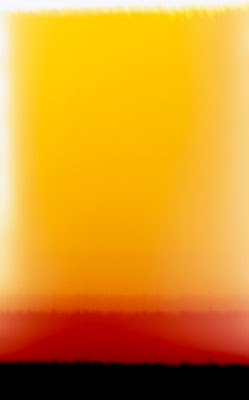 ZHENG Nong, Chemical Landscape 化学风景, (2006-07)
There are many factors to consider --process, meaning, context, intent -- but I'm beginning to think that the least of them is who came first. Which leads me to an essay a friend gave to me recently which really forced me to reconsider my thinking on the subject. Titled "The Ecstasy of Influence: a plagiarism" by Jonathan Lethem, first published in Harper's Magazine, February 2007. As I should have realized, the question is not confined to my little corner of the art world, but is a general, pervasive conversation in every creative universe. Mr. Lethem's text it is so cogent and on the money, I find it hard to excerpt, (please do click the hyperlink and read the whole thing), but in a nutshell, he shows how all of the arts have cribbed, borrowed, derived, and been influenced by previous work. Not only is it unavoidable, it's essential. Speaking of Bob Dylan: