Musings from a trip to Japan (I) Hatakeyama 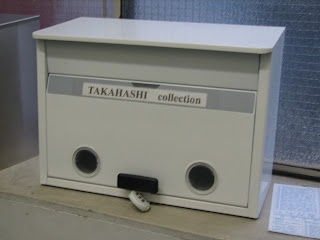 Entrance to the Takahashi Collection 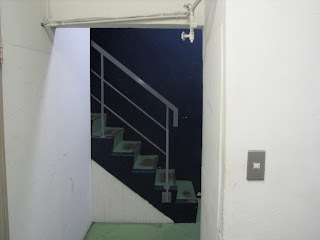 Up the stairs in an industrial building 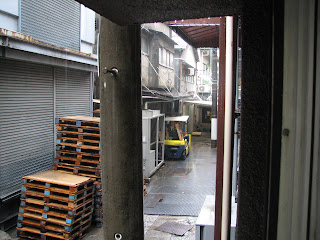 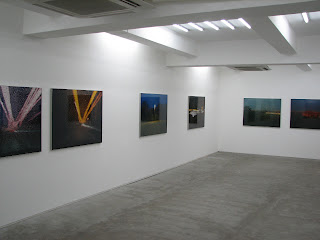 My reward for navigating and climbing. Complete "Slow Glass" 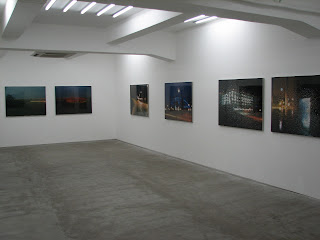 My first exposure to the work of Naoya Hatakeyama was at a Christies auction about two years ago. There were two prints from his "Slow Glass" series that attracted my eye and had a $4000-6000 estimate. I didn't know anything about what was behind the work. When the pair of photographs more than doubled their low estimate at the sale, I wondered who is this guy?

The next chapter in my Hatakeyama saga comes from Christopher Phillips, curator at ICP and well-known Asian photography scholar. We went through a number of Hatakeyama's books together. Christopher explained some of the underpinnings of the work, and took time to map out the inter-connectedness of of many of the series. I was hooked, but I had seen the majority of his opus only in book form.

Fast forward to a trip I took last month with ICP led by Christopher. I had the opportunity to see much of Mr. Hatakeyama's work first-hand. The photographs did not disappoint. What a marvelous, complex, and varied artist this man is. And combined with that, the physical reality of the prints is sumptuous and luxurious to the eye; something the books only hint at.

My first view of Hatakeyama on the trip was at the Obiyashi Collection. This is a private collection compiled by the owner of an international construction firm. He commissioned Tadao Ando to build a guest house/private museum space in a quiet, upscale residential neighborhood in Tokyo. When we were there, the installation was 100% Hatakeyama. The extra treat was that Hatakeyama-san was there to meet us and to talk a bit about his work.

Mr. Obiyashi clearly understands this art in that much of it is serial in nature. Where possible, he has collected and exhibited entire series. It was wonderful to see complete "River Series", "River Series Shadow", and "Bird". Also on view were examples of "Slow Glass", "Underground", and "Blast Series". My favorite was a small room dedicated to a collection of small "Light box/Maquettes". Mr. Hatakeyama explained that he had wanted to do an architectural project where the lights of the building were illuminated from the inside. However, when he tried to make his first attempts, he found that the light box made the black areas too gray. He experimented until he found a solution in binding a negative and a postive together. The light still emanates through the "light" areas but the blacks are dense and dark. It's dramatic work that needs to be seen first-hand.

A later stop on the trip was to Taka Ishii Gallery, which represents Hatakeyama. We saw new work from Brazil(I can't wait to see more of this), examples from the "Lime Works" series, and a few from the "Underground" series. While Hatakeyama is virtually unknown in the US, his presence in Japan and Europe is well-established. There just isn't that much work to be found on the market, so it was a pleasure to see a small trove at Taka Ishii.

On my own after the group had headed back to the states, I ventured to see the Takahashi Collection. They had an installation of the complete "Slow Glass" series. The gallery scene in Tokyo is not what Americans are used to seeing. There is no real gallery district like Chelsea, and often gallery spaces are in rather remote areas of the city in buildings that make west Chelsea look ritzy. There are also more private collections on view in private museum spaces than a US visitor would expect. While the trappings of these spaces aren't always luxurious, the art inside can be fatntastic.

This was the case here. After struggling to find the place with GPS-equipped cab driver, I wandered up a truly industrial stairwell that led me to a stunning array of Hatakeyama "Slow Glass". The introduction to the exhibit was a transcription of a talk on the work that Hatakeyama gave in Germany. I had never read such a complete and clear overview of the substance of this work. Its basis is a sci-fi short story in which a new glass is invented that absorbs time. An image or light goes in one side of the glass and is "read" on the other side seconds, minutes, or years later. Hatakeyama takes this as a metaphor for photography but adds a complexity that seduces. He was in residence in an English town that had been the subject/victim of intense urban planning. While the roads had been planned to make for total ease of driving without jams, it also made almost no space for pedestrian traffic. Hatakeyama used this layout to drive in a car and photograph desolate, people-less landscapes through rain streaked windsheilds; the slow glass. The images are haunting, beautiful, expressive, and intellectually engaging. I love them. I wish more Americans could see them like this.
Posted by Evan Mirapaul at 2:27 AM