Better too late than never is an aphorism I've always enjoyed, so here now, too late, are my first impressions of the 2010 edition of the AIPAD show. Perhaps those of you heading to the fair on the weekend will get some benefit from the overview, though I suspect most of my readers have already been at least once and made their own first impressions.


Attendance seems good and the energy was high in the first days. Even during work hours on Thursday and Friday, the aisles were never empty. AIPAD is not the place to find the most cutting edge work in the field, but I was happy to see a few examples of forward thinking art. For example, Stephen Bulger from Toronto was doing brisk business with Alison Rossiter's "lament" series. Ms Rossiter has been working with expired photo paper in a variety of ways over the last few years exploring the material's rich surface as well as damage that has accrued to the paper. Some pieces chart only the damage as she prints the unexposed paper revealing scars from mold, light, and handling. Other paper is put into contact directly with developer chemical by dipping or pouring. The result is a remarkable "photogram" that is achieved without the use of light communicating sadness at the loss of photographic materials that is quite poignant. 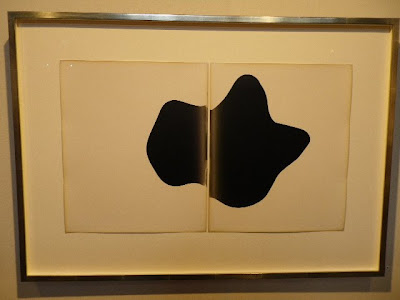 On the classic front, there are many more superb examples to illustrate. Charles Schwartz can always be counted on to bring an array of stunning 19th century work. In addition to some intriguing Orientalia, his pride of place went to a fine example of Robert Howlett's portrait of a ship owner from 1857. Another amazing example is at the Met as part of the Gilman Paper Collection.
[Isambard Kingdom Brunel Standing Before the Launching Chains of the Great Eastern]
Robert Howlett (English, 1831–1858)

The Weston Gallery had a marvelous anonymous diptych featuring a cyanotype photogram of a pair of ferns paired with the actual botanical examples used to make the print. I have no idea how these fragile little plants have survived 180 years, but here they are for us to see:

Gary Edwards brought another set of brilliant hand-tinted tintypes and salt prints. Featured were a set of soldiers and another set of African-American portraits. Gorgeous, subtle, and rare. Take a close look.

Moving forward in history a bit, Charles Isaacs had praiseworthy photos both on his walls and in his bins. On the walls, one is treated to a Brancusi portrait of his own iconic scupture, Bird in Space. Though conservation has been done to this print, it's still a stunning object. Details and provenance below: 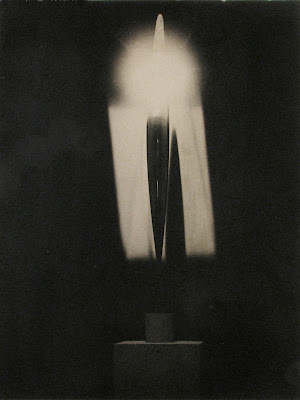 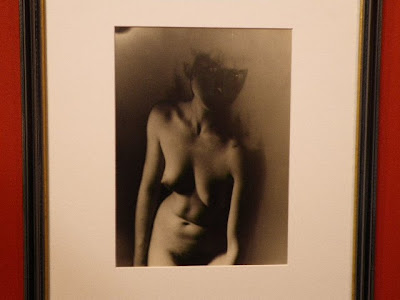 In the bins and available upon request are a deceptively modern Pompeii study attributed to Giorgio Sommer, William Larson fax pieces and figure studies, and a Nathan Lerner study in light on paper titled, "Car Light Study #7". It's a vintage silver print from 1939. Lerner (1913-1999) was one of the original students at the New Bauhaus in Chicago, and later became the Head of the Photography Department at the School of Design, and then Dean of Faculty and Students. If you're interested in Chicago School work, ask Chuck to bring it out.

Continuing our march up the photo history timeline, Hemphill Gallery has a wall of vintage William Christenberry Kodak Brownie color landscapes, L. Parker Stephenson has a fun Umbo photogram of stockings (as well as my friend Raphael Dallaporta's Antipersonnel series), 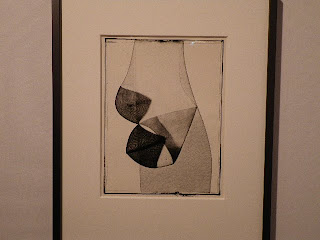 And Paul Hertzmann had a lovely 1935 solarized nude by Osamu Shiiara.

Steven Kasher's booth was full of unexpected pleasures and treasures. Top on my list was a collection of hand-tinted, vernacular portraits of African-Americans from the 60s. Vernacular may be an erroneous term here since the pictures show a sure professional hand, so perhaps anonymous is a more apt description. In any case, I loved their quirky flavor: 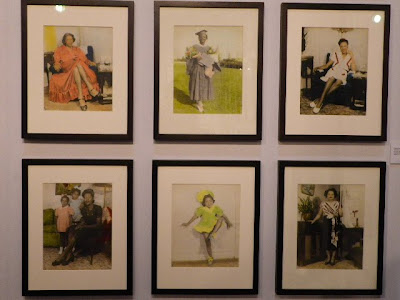 Deborah Bell always delivers with great examples from still-under-appreciated Gerard P. Fieret. If I had the cash, I would buy a box of them. I'm confused why they don't catch on: 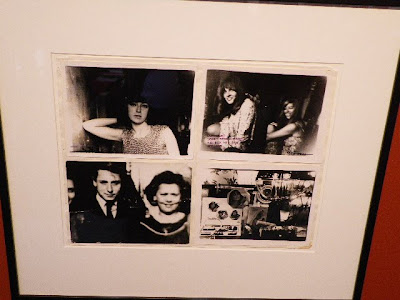 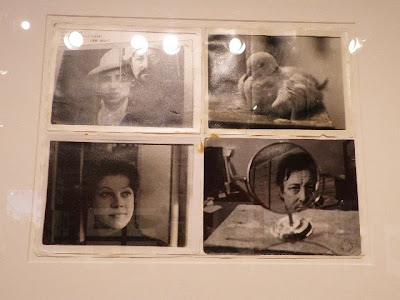 Laurence Miller also was pitching to my wheelhouse with a striking example of a nude composite from my perennial favorite, Ray K. Metzker along with a wall vintage Helen Levitt that deserves close attention. 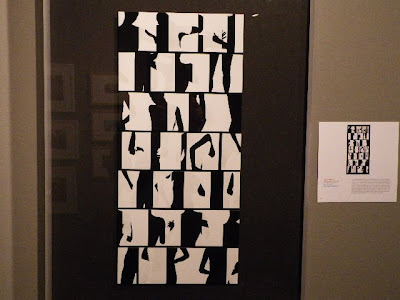 Also in Miller's booth were film strip explorations by Barbara Blondeau. Blondeau died young and left us little work to admire, but what she accomplished shows that she would have been a keen contributor to the Chicago legacy along with her Philadelphia compatriots Ray Metzker and William Larson. Sorry for the particularly crappy jpeg: 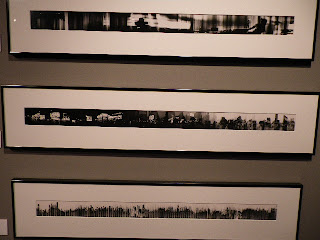 I was helping Tom Gitterman in his booth this year, so I can't say I'm neutral, but I'm a big fan of his selection of both Kenneth Josephson and Ferenc Berko. There are prime examples on the walls and in the bins.

Last, and not least, is the booth for AXA art insurance. While they were not intentionally displaying artwork, the examples they brought of burned and destroyed art was sublime and beautiful perhaps above anything else I saw at the fair. If you put a wall label of an established artist like Thomas Zipp under either of these works, you could have sold them at last week's Armory fair for high 5 figures. Take a look when you pass by: 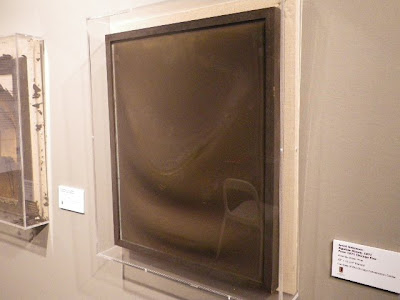 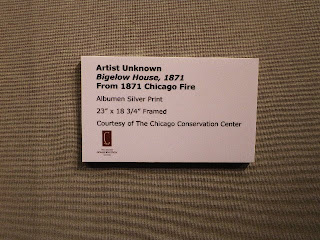 More to come. Comments welcome and encouraged......
Posted by Evan Mirapaul at 11:23 PM