I was introduced to the work of Philippe Gronon by the librarian at ICP, Deirdre Donohue. I had missed his intriguing show at Yossi Milo Gallery, but based on the the work I saw in a catalog from a French museum exhibit, I wanted to see more. Through Deirdre, I was able to contact him and to set up a meeting for the day I would be in Paris.
So often these days, seeing work in person after being introduced to it in print or online is a disappointment. The work has been somehow created to be seen that way, but when it has to stand on it's own in three dimensions it fails. Clearly, this is not Mr. Gronon's problem. His art absolutely needs to be seen and experienced and has been created to establish communication with a viewer who is present in front of the work. He works in a variety of series and typologies, but the ratio of the original object to the finished work is always 1:1. Whether he is describing an elevator or a matchbox strike plate, one views the object in the same size that you would if it were physically present in the room.
The thread that runs through all of Mr' Gronon's photographic output is the idea of the palimpsest: something bearing the traces of an earlier, erased form. We see it in the leather writing tables from the Bilioteque Nationale, 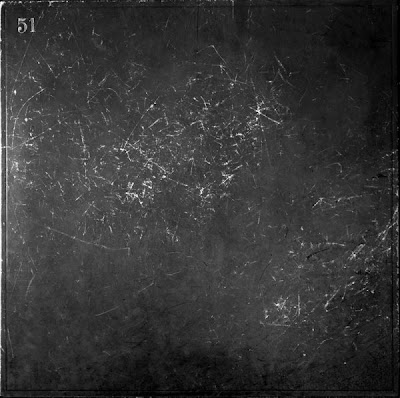 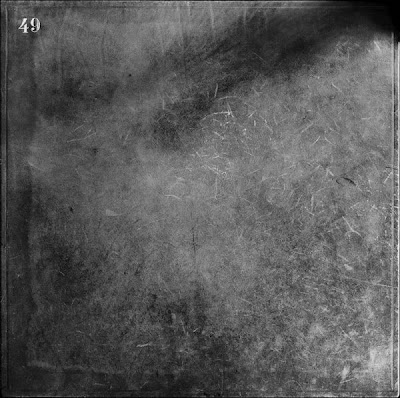 and the striking surfaces of matchboxes.

It's layered into the etched and stained photo developing trays (a deft, self-referential work), 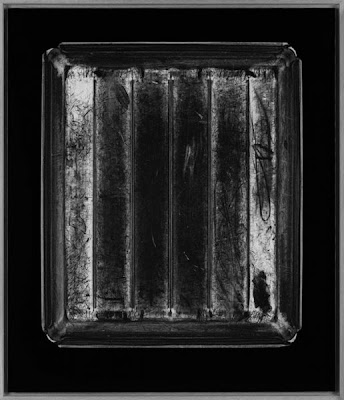 and present in the layers of information on the backs of painting in his "Versos" series. 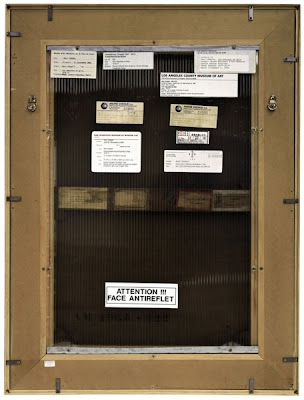 In short, Mr. Gronon has developed a concise language to communicate the complexity of time through an incredibly diverse assortment of objects. I'm hooked.
Some of you may find the "Versos" series reminiscent of the Vik Muniz "Verso" series that premiered at Sikkema Jenkins earlier this year. It raises an interesting question: can two artists working simultaneously and in isolation from each other create work that is visually similar? The answer, obviously, is yes. It's a topic to which I'd like to return in a future post. But for now, let me simply address the questions posed between the works of Muniz and Gronon. First, it's worth noting that both series premiered in their respective galleries, separated by an ocean, on exactly the same day. Aside from that coincidence, one should note that Gronon has created photographs, while Muniz has created sculptures. But most importantly, the respective works mine entirely different artistic ore despite the surface similarity. Mr Muniz, as is his well-established practice, explores memory and its effect on the experience of social and cultural icons. Mr Gronon, as I mentioned earlier, is exploring time's effect on an object and how we experience that aging and layering as information. I would find a co-exhibition of the two series fascinating and and not the least bit redundant.

My time in Mr. Gronon's studio was an introduction to a complex and satisfying artist. While his work is not easily seen in person in the US, his website provides a complete, if muted, index to his output. Check it out. Philippe Gronon website
Posted by Evan Mirapaul at 1:25 PM